I made an automatic temperature control for my curry leaf greenhouse.

In order to grow curry leaves and other plants that like a warm environment, I have placed shelves made of mesh racks on the verandah, covered with a plastic cover to keep them warm, and installed a heater. Because of the heater, I can maintain a temperature at about 12 degrees Celsius even at early morning in the winter, but I cannot control the temperature rise due to the sunlight coming in from a low angle during the daytime, so I have to open the zipper of the plastic cover for ventilation. Even in winter, when the sunlight is strong, the thermometer hanging on the top can show more than 40 degrees Celsius. So, sometimes I forget to open it and let the curry leaves inside languish in the heat, or even worse, I forget to close it until the next morning and let them be exposed to the outside air below 10 degrees Celsius.

I’ve been thinking about how to ventilate it or how to force cooler air into it. First, I decided to try to make it with inexpensive materials, rather than worrying about waterproofing and durability would not delivering any results. I had to go shopping for electronic components for another hobby, so I took the opportunity to get parts for a ventilation system using a PC cooling fan.

Next, the structure is to put a 12V electric fan and 12V power supply on the opposite circuit of the heater thermostat. Since we are already utilizing the thermostat for the heater, we just need to connect the wires to the terminals that will be turned on when the heater is turned off. It’s quite simple, but since the plastic sheetsare simply sewn together, which is not originally designed to mount a ventilator, there are a few things to worry about, such as strength and the spread of a break. Finally, I covered the soldered wires with heat-shrink tube to make it simply waterproof good enough for splash of water during watering the plants. The electric fan itself is not waterproof, so the durability is unknown.

After noon, with strong sunlight, the fan was running (of course!) and the thermometer was at 35 degrees. The thermometer was at 35 degrees Celsius, which I think is acceptable. However, I think it is necessary to keep watering considering the near-summer conditions in the green house. That was the case even before I installed the ventilation fan.

There is also a possibility that the thermocouples of the thermostat may be heated by direct sunlight, so I may need to shade them for better control. Anyway, I think I have achieved my original goal. From now on, we will see how durable this electric fan is. It will be used from late October to early April. In the summer, it will be removed and stored in a closet.

Here at Togawa Heiwa, they carry covers for mesh racks (steel racks) in several sizes, so if you’re interested, please check them out! 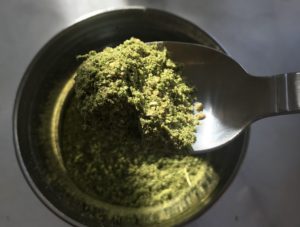 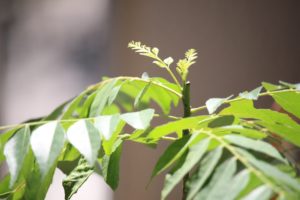 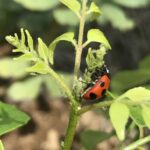 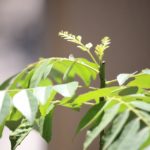 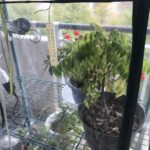 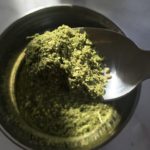 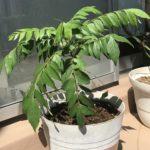 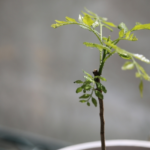 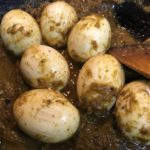